It’s my favorite January ritual. But it’s far more fun than resolutions and things to give up. After a month of holidays and celebrations, January dawns cold and dreary.

And just when the Christmas catalogs have stopped arriving in the mailbox, something new appears. Something that whets the appetite and causes more excitement and anticipation than all the wrapped Christmas gifts combined. (At least for gardeners and people who spend all winter with their faces pressed against the windowpanes waiting for springtime to dig in the dirt.)

You guessed it. It’s the annual arrival of the seed catalogs. 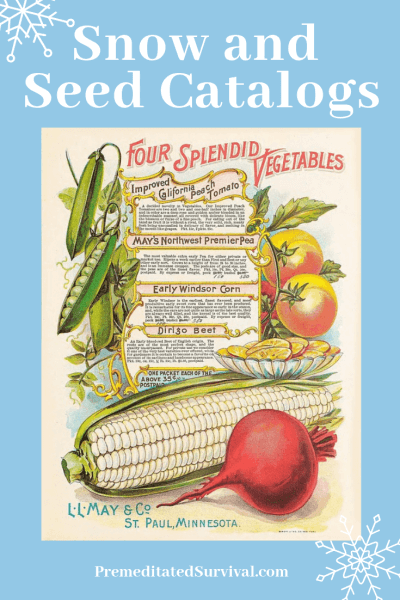 They arrive almost daily. Stacks of full color, glossy magnificence with page after page of luscious fruits and vegetables, described in mouthwatering detail. Countless carrots, with names like Sugarsnax and Tendersweet, guaranteed to be sugar sweet, crisp and coreless.

Or sweet corn – varieties that range from Double Delicious to Bodacious and Peaches & Cream. There are few things in life as tantalizing as fresh sweet corn on the cob dripping with melted butter and salt.

For the BLT lovers, the tomatoes are endless. I can choose a Brandywine, Beefsteak or a Cherokee Purple. I can just imagine slicing open a fresh ripe tomato, still warm from the summer sun and layering it high with crisp lettuce and bacon on fresh homemade bread. Just the thought of it brings back memories of hot summer weather, relaxing on the deck with a tall glass of iced tea to wash it down. 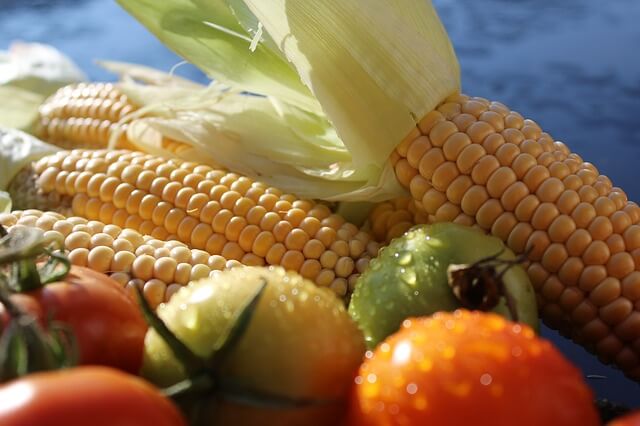 Until I look up from the catalog to see the snow still on the ground outside and I remember that it’s winter. And no matter how much I may want to, it’s still too early to dig up the garden.

But that’s what January is for. It’s a time to think, plan and dream. And it’s early yet. I turn the pages of my beloved seed catalogs and as I do, the possibilities dance through my mind. There are so many choices, so many options and so many new things to try.

I know I can’t try them all. And I don’t have to. In fact, now’s the time to create long lists of all the possibilities, anything that catches my eye. And maybe I’ll try it this year, or maybe I’ll wait for the next.

It’s always fun to try something new and mix it in with the old favorites. Sometimes they work out and sometimes they don’t. One thing for certain, I won’t be planting pumpkin seeds again anytime soon. But spaghetti squash is definitely on the list.

Then, once my list is done, I can sketch out garden plans that are three times the size of my existing yard. Maybe if I dug up the flower beds, I could squeeze in a few more tomatoes. Or, on second thought, maybe not.

For now, it doesn’t matter if I don’t have nearly enough room to plant all the things that I want. It’s January. It’s time to let the ideas and visions sink down deep into my imagination and germinate.

One thing about winter, it seems to erase the prior seasons. Last year’s flood waters and killer rabbits are only a passing memory. Instead, I remember the seeds sprouting, their tiny green leaves breaking through the soil and turning hopefully towards the sun.

For seeds are wonderful things. Within every little seed, contains enough energy and hope to grow into something astounding. It always amazes me, when I crouch over the cold fresh earth, with a handful of seeds, barely bigger than coffee grounds, that something so small can grow into something so large and lush, with seeds of its own. 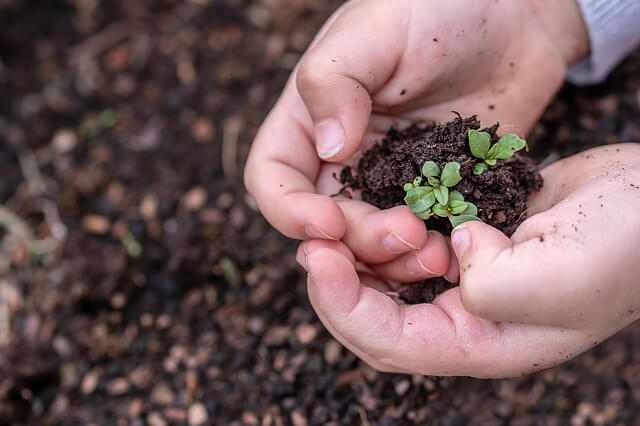 I watch the lettuces grow into rows of crisp green salads, and the squash grows into large prickly bushes. And it’s just like Jack and the Beanstalk. All of this magnificence came from one single magic seed.

That’s what seed catalogs are to me – magic. Inside each one is a harvest of possibilities.

But seeds also cultivate trust. Just by planting them, I believe that they’ll grow. Sometimes, they do, but sometimes, they just don’t.

It’s not unusual to find myself referring back to the picture on the seed package to make sure the spindly little green shoot I see is really what I planted or if it’s just another weed. And sometimes it has to grow pretty large before I can figure it out.

To make things even more entertaining, some seeds tend to plant themselves in interesting places, like the tomato plants that grow in the bean rows and the single millet plant that appeared in the lettuce patch.

Or the pumpkin that disguised itself as a squash plant and hid successfully until it’s pumpkin turned orange. It made a great pumpkin pie.

So, all in all, January is a good month for the gardener, even when it’s cold and the garden is covered in snow. It’s the beginning of a new year and a fresh, clean slate. It’s a chance to hope, plan for and envision a future harvest.

I think William Blake summed up gardening in a nutshell when he said: “In seed time learn, in harvest teach, in winter enjoy.”

For the spring will come soon enough, with its flood waters and late frosts. And soon enough, it’ll be time to pull out the shovel and the gardening gloves. But for now, it’s January. And it’s the time to wrap up in a warm blanket, open a seed catalog and dream.

Imporant Disclaimer: Premeditated Survival is a participant in the Amazon Services LLC Associates Program, an affiliate advertising program designed to provide a means for us to earn fees by linking to Amazon.com and affiliated sites. *Amazon and the Amazon logo are trademarks of Amazon.com, Inc., or its affiliates. Additionally, Premeditated Survival participates in various other affiliate programs. If you make a purchase, we may receive a small commission at no additional cost to you. We thank you for your support!

This website uses cookies to improve your experience while you navigate through the website. Out of these, the cookies that are categorized as necessary are stored on your browser as they are essential for the working of basic functionalities of the website. We also use third-party cookies that help us analyze and understand how you use this website. These cookies will be stored in your browser only with your consent. You also have the option to opt-out of these cookies. But opting out of some of these cookies may affect your browsing experience.
Necessary Always Enabled
Necessary cookies are absolutely essential for the website to function properly. These cookies ensure basic functionalities and security features of the website, anonymously.
Functional
Functional cookies help to perform certain functionalities like sharing the content of the website on social media platforms, collect feedbacks, and other third-party features.
Performance
Performance cookies are used to understand and analyze the key performance indexes of the website which helps in delivering a better user experience for the visitors.
Analytics
Analytical cookies are used to understand how visitors interact with the website. These cookies help provide information on metrics the number of visitors, bounce rate, traffic source, etc.
Advertisement
Advertisement cookies are used to provide visitors with relevant ads and marketing campaigns. These cookies track visitors across websites and collect information to provide customized ads.
Others
Other uncategorized cookies are those that are being analyzed and have not been classified into a category as yet.
SAVE & ACCEPT
Powered by